Every grocery store, restaurant, café and establishment that produces foods (food business operator) is a separate target of food control. If a food business operator engages in more than one food business activity, it is registered in the category of its principal activity. The category of “food service” includes cafés, restaurants and mass caterers. Figure 1 presents the number of food control targets. There is strong annual growth in the number of primary production operators included in the statistics because the registration of this group is still incomplete.

Food control is risk-based and planned

Food control is carried out systematically across the country under the OIVA (Finnish Smiley) system. The food control authority inspects selected aspects of the control target during each inspection. The results are published as an OIVA report. There are four possible results: excellent, good, to be corrected and poor. 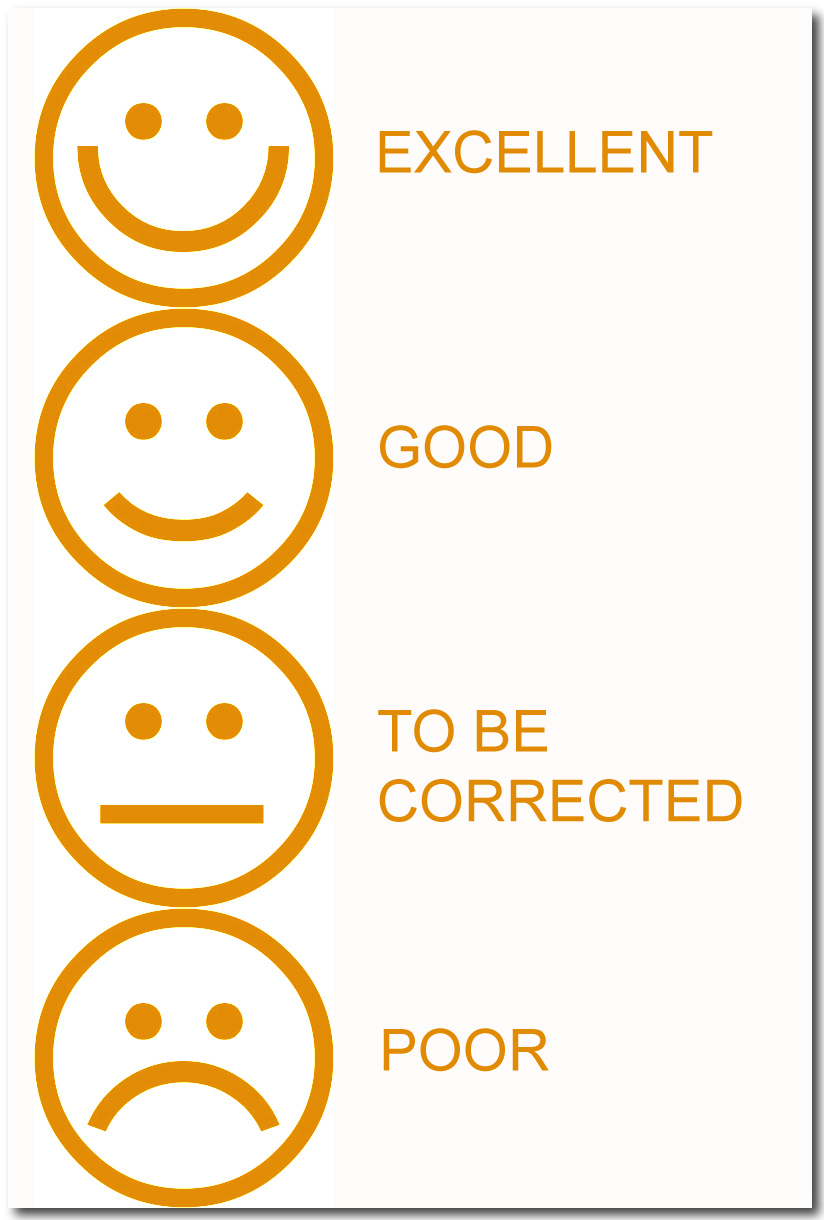 Figure 4 presents a breakdown of the OIVA grades of grocery stores and service locations, as well as the total grades of all inspected food business operators. So far, annual differences between the grades of different operator groups have been minor. Slightly more than 85% of the inspected targets have received the grade of excellent or good, while slightly less than 15% of targeted operators have received the grade of to be corrected or poor. If a food business operator’s result is poor or indicates a need for corrections, the company will be inspected again at a later date.

in slightly more than 250 cases on average. At present, no statistics are available on requests for pre-trial investigations made to the Police or criminal convictions involving the food sector.

It is possible that being driven into financial difficulties increases the risk of a failure to comply with statutory obligations in the food business, too. This is indicated by a report jointly drafted by the Grey Economy Information Unit and the Finnish Food Safety Authority (as from 1 January 2019: the Finnish Food Authority).

The new Alcohol Act that came into force in 2018 continued to make the Regional State Administrative Agencies busy in 2019. In particular, the increase in the number of liquor licences and guidance for self-monitoring by licence holders increased the authorities’ workload.

The alcohol trade register is used to produce analysed information on the supervision of serving and retail sales, the reliability of an entrepreneur, and the determination of the entrepreneur’s financial capabilities. The information also serves as the basis for the production of official statistics on alcohol, as well as information and register services related to alcohol issues. To combat the grey economy, Valvira and the Regional State Administrative Agencies disclose individualised information from the alcohol trade register to other authorities.

A total overhaul of the alcohol trade register (Allu) was started in 2019, introducing new kinds of operating models and challenges as it brings the alcohol licencing administration to the digital age. The overhaul will significantly improve the processing of information and enable obtaining a more real-time overall assessment, also in the investigation of cases related to combating the grey economy. The overhauled alcohol trade register will be deployed in 2021.

Due to the implementation of the new Alcohol Act, the resources of the licencing and supervision authorities were targeted at processing licence and notification matters as well as providing guidance for entrepreneurs and other operators in 2018. The comprehensive reform of the Alcohol Act was clearly evident in the tasks of the alcohol authorities also in 2019.

In the years before the comprehensive reform of the Alcohol Act, the Regional State Administrative Agencies processed, on the average, fewer than 9,000 cases related to serving or retail sales of alcohol. Compared to an ordinary year, the Regional State Administrative Agencies processed over 45 per cent more alcohol cases in 2018. In 2019, the workload decreased, though there were still over 1,500 more processed cases than in the years prior to the law reform.

Growth in the number of serving and retail sales licences

The new Alcohol Act enabled obtaining a licence for the retail sales of craft beers of no more than 13 per cent ABV. In 2018, 59 places of production had a licence, and by the end of 2019, the number grew to 69 licences.

A total of 186 serving areas were approved for catering operations in 2018. In 2019, the total was 315 approved serving areas. It would appear that the operating model for arranging temporary serving enabled by the new Alcohol Act – such as in rented public festive premises – did not achieve great popularity.

In 2018, the Regional State Administrative Agencies conducted 3,502 inspections of licenced premises and alcohol retail sales outlets. In 2019, a total of 3,931 establishments were inspected. In the serving and retail sales of alcohol, about one in every four inspected sales outlets was either missing a self-monitoring plan pursuant to the Alcohol Act, or had a plan that was deficient.

In connection with the supervisory inspections carried out by the Regional State Administrative Agencies, guidance was provided for advertising issues, in addition to which written guidance was given to 165 alcohol serving or retail sales establishments. In Valvira, the marketing supervision project concentrated on providing guidance to alcohol manufacturers and wholesalers. Guidance was given in 211 cases.

Valvira monitors the supervision of the serving and retail sales licences by the Regional State Administrative Agencies nationwide.  To assess the impact of measures taken to combat the grey economy, supervision focuses on issues such as measures to ensure the preconditions for business operations by licence holders.

The supervision measures against the grey economy taken by the Regional State Administrative Agencies in 2019 are presented in Compilation 1. The figure shows, by region, the number of requests for explanation sent to the licence holders, the payment plans agreed, information of the revocation of licences for the serving or retail sale of alcohol, bankruptcies, debt adjustment or restructuring measures, and the total outstanding taxes paid in euros.

Source: The Ministry of Economic Affairs and Employment

The National Board of Patents and Registration (PRH) is responsible for maintaining and monitoring the accuracy of information submitted to the Trade Register. The number of Trade Register offences brought to light and of Trade Register submissions investigated on a risk-basis are indicative of the possible amount of shadow economy activity.

PRH launched enhanced investigations of Trade Register submissions in March 2016, and these continued in 2017, 2018 and 2019.  This practice has helped prevent irregularities.

In 2019, a total of 27,971 notifications of changes in limited liability companies or cooperatives were received with details of a new Board of Directors, managing director or building manager. Of these notifications, 1,575 were referred to enhanced investigation to determine whether the reported decision was appropriate. In 168 of these cases, PRH requested a copy of a deed of sale or called the company to verify the accuracy of the notification.

No notifications giving reason to suspect a registration offence were made in 2019.

Source: Centre for Economic Development, Transport and the Environment

It is the task of the Uusimaa Centre for Economic Development, Transport and the Environment to assess the profitability of companies and the preconditions for the livelihoods of permit applicants. Negative interim decisions have usually been based on deficiencies in complying with statutory obligations, irregularities in the payment of wages, deficient or erroneous accounting, a non-viable business idea and lack of profitability, which mean that the applicant cannot ensure their livelihood by means of their business operations.

Applications for residence permits for entrepreneurs were received from the citizens of 46 countries. The greatest number of negative decisions concerned citizens of Russia, China and Iraq. Chart 2 presents negative interim decisions by nationality during the period 1 January – 31 December 2019. After the amendment of the Act, the number of applications from Russia in particular has risen. The companies of Chinese and Russian applicants involve larger amounts of capital than applications from other countries. The greatest number of negative decisions have been made regarding applications from citizens of these countries, as the operations in question have been deemed in practice to constitute investment activities rather than employment through corporate activity.

Applications for residence permits for entrepreneurs include companies in a large range of sectors. The largest group comprises companies in the restaurant sector. Chart 3 presents the ten most common sectors in negative interim decisions from 1 January – 31 December 2019. Business management consulting has become the second most common field among negative interim decisions. The greatest number of irregularities detected in the restaurant sector concern the payment of wages and compliance with obligations. This information does not directly point the finger at shadow economy activities, but some of these situations may involve the shadow economy and economic crime as underlying factors.